Why the Restaurant Labor Force is Getting Older 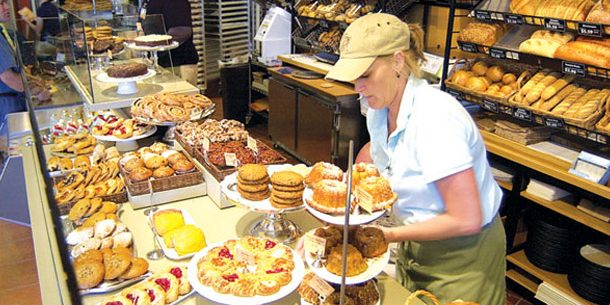 Oftentimes, it was a surprise to see an older employee working the front-of-house, but according to recent reports, that is all going to change.

For years, it has been expected for restaurant-goers to see young teenage workers taking their orders on the other side of the drive-thru window or a college student greeting guests as they arrive for their dinner reservation. Young adults have been quickly snatching up open positions in the food service industry as first-time jobs like waiters, bussers, hostesses, and dishwashers became popular among the younger generation. The flexible after-school hours and of course, the opportunity to earn cash tips each shift probably have something to do with the attraction. Oftentimes, it was a surprise to see an older employee working the front-of-house, but according to recent reports, that is all going to change.

Restaurant Business Online predicts the restaurant business will grow 50 percent over the next decade, with much of that growth coming from within the workforce. Restaurateurs are taking a different approach to hiring employees by becoming more interested in senior applicants than they were in previous years. In 1978, 9.7 million restaurant employees were between the ages of 16 to 19 while only 3.1 million were over 65-years-old. Last year, however, those reports showed very different numbers as 5.9 million teens were employed, while 10 million seniors were working or actively looking for a position in the industry. It is expected that by 2030, 5.1 million teens will have jobs versus an increasing 16.1 million senior employees.

As the restaurant industry has developed a soft spot over the years for college students and young adolescents looking to make some extra money during weekends and holiday breaks, the idea of hiring more seasonal employees has really opened the eyes to a different approach to staffing. According to Restaurant.org, the number of people ages 55 or older working in the restaurant business rose 70 percent between 2007 and 2018. There are many reasons the older generation are sending in their applications to restaurants including: to find opportunities post-retirement, gain financial security, and the ability to work a steady, flexible schedule that fits in with their lifestyles. The Bureau of Labor Statistics predicts that an additional 5.3 million adults age 65 or older will enter the labor force between 2016 and 2026.

Restaurateurs are encouraging the older demographic to apply, says QSRMagazine, believing that older workers provide a more inclusive workplace. With their experience, the older generation have proven to have a strong work ethic, are friendly and personable, and have a lot of patience – all model traits when working in the restaurant industry. They also tend to blend well with the younger team members as many of them have children or grandchildren that age, helping them communicate easily.

Only time will tell what the restaurant industry will look like 10 years from now. But we are interested to see the growth in the industry over the next decade.