What It Takes to Become a Michelin Star Restaurant 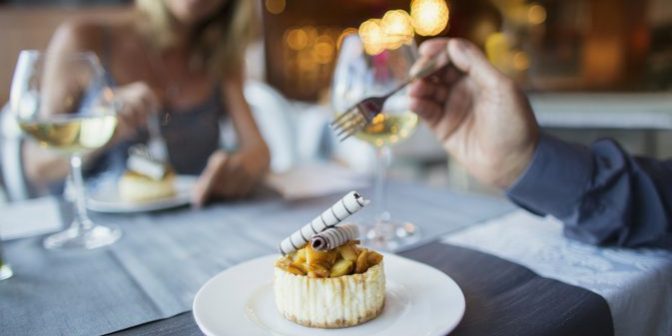 Only the worthiest establishments are gifted with the honor of a 1, 2 or 3-star rating in this prestigious restaurant guide

Ever wonder what it took for the only 3,367 carefully selected worldwide restaurants to earn the coveted title of being a Michelin Star restaurant? Only the worthiest establishments are gifted with the honor of a 1, 2 or 3-star rating in this prestigious restaurant guide and for many who have been shooting for the stars for years seems like an impossible achievement.

With the distinguished reputation that Michelin upholds, which restaurateurs have known as the “bible of all restaurant guides”, the history of how it came about is rather surprising. The guide was formulated by a couple of men who were determined to gain more traction in their tire business – yes, I’m talking about the same well-known Michelin tire company that has customers driving towards signs of the white marshmallow shaped cartoon guy that acts as the company’s mascot. French entrepreneurs, Andre and Edouard Michelin started the guide in 1900 for hotels and restaurants in an effort to get more drivers on the road, wearing down their tires and buying more, essentially from their business. It was a genius way to encourage people to travel longer distances instead of taking short joy rides that cars were generally used for in those days. In 1926, the guide expanded to focusing on fine dining, five years later appointing the competitive 3-star system.

Ever since, the famed 3-star system has made every chef and restaurateur strive for the Michelin stamp of approval in hopes of obtaining a star next to their restaurant name. But the process of attaining a star remains highly secretive. According to an article posted by the Food Network, specially trained Michelin inspectors pay anonymous visits to restaurants and submit meticulous reports rating the service, décor and cuisine. So pretty much, anyone in your restaurant could be a Michelin critic practically dissecting your meals with a fine tooth comb only you will never know who. Generally, restaurants are chosen to be reviewed after inspectors thoroughly search through websites, blogs, and restaurant reviews in local magazines. If a specific restaurant is receiving a lot of public praise or buzz from customers, it may prompt a visit to check out the restaurant for themselves.

While inspectors have a pretty standard blueprint of what they look for in a restaurant before it is reviewed, there is no official guide for restaurateurs to follow to become a Michelin star restaurant. An inspector may visit a restaurant 2-3 times over the course of a few years to determine a complete and fair assessment, but the process of how to receive a star is unknown to the public. Seasoned food and beverage professionals theorize that reviewers mainly have their eyes on: the usage of quality products, mastery of flavor and technique, expression of the chef’s personality in the cuisine, the overall dining experience, and the consistency of the food.

Yes, this criterion does sound like an exhausting checklist that is tough to make sure that each and every customer receives this treatment, as one of them may be a secret Michelin diner, but that’s why being awarded the title is not an easy task. According to the Michelin guide itself, earning one star means your eatery is a “very good restaurant in its category,” two stars indicates “excellent cooking” that is “worth a detour,” while three stars represents an off the charts “exceptional cuisine” that is “worth the journey.” Those with any stars let alone three deserve to be bowed down to for their culinary excellence in our book, congratulations if you are those few lucky winners!

If you can’t sleep at night because you can’t escape the dreams of stars floating around in your head, there are a few things that you could do to increase your chances of earning a coveted Michelin star. For one thing, ensure that every customer is having an exceptional dining experience. This would showcase positive reviews and could get you recognized. Chefs who train under a chef who has already earned one or more could be considered as well. Showing you are disciplined, determined, and always looking to improve could make a difference in how an inspector views your restaurant. Also, maintaining the use of the finest ingredients, staying up-to-date on the newest food trends, and mastering the dishes that you are most comfortable cooking, are all suggested.

Although earning a Michelin star is one of the most challenging feats for a restaurateur, it is possible as these restaurants have proven. If you feel like you are doing everything right to gain the title, see if there is anything more that you can improve, or just wait for you may already “secretly” be in the running.