The Rise of Minimum Wage in the Restaurant Industry 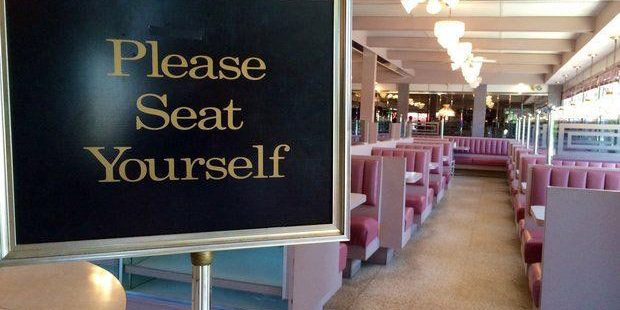 As I’m sure you have heard from news stations, internet articles and through angry and/or supportive social media users, the New Jersey minimum wage will be increasing for most workers beginning July 1, 2019. And by an increase we mean a BIG step up from the current minimum wage of $8.85 an hour, after a twenty-five cent raise in January 2019. According to an article in NJ.com, a landmark state law signed by Governor Phil Murphy in February raises the minimum wage for most workers to $10 an hour on July 1, 2019, and then to $11 per hour on January 1, 2020, and will continue to rise by $1 a year after that until it hits $15 in 2024.

This has employees falling to their knees in gratitude as the struggle to support themselves and their families has been a challenging near-defeat. Many argued that the low minimum wage was not enough, especially in New Jersey where the cost of living is outright steep. As a single renter of a 600 square foot studio apartment at the Jersey Shore and the only breadwinner to pay for the bread, I sympathize with these working-class individuals. It’s definitely tough out there. Add on the cost of groceries, utilities and the charge of gas or bus fare to commute to work, the sight to financial stability is becoming a steeper climb.

The effects of the minimum wage hike are also being felt by restaurateurs who are aware that this will pose some new challenges for their businesses. As their workers such as dishwashers and hostesses will benefit from their upcoming raises, restaurant owners may be faced with the possibility of letting some staff go, cutting back hours and increasing prices on menu items to stay afloat(!). Jersey Shore tourism businesses have already promised a price increase of their products according to the Asbury Park Press. Our favorite shore spots that we are patiently awaiting their openings during Memorial Day Weekend are not excluded from the law as they would also have to offer an increase in hourly wage to their seasoned employees. While a bulk of their money is made during the summer months, we can understand their concerns.

“Raise the Wage Act of 2019” is what they’re calling it. No matter what side of the dollar you’re on in how this affects you, this was bound to happen sooner or later. Remember when the minimum wage in the Garden State was $1.40? Probably not, since that was in 1968. New York City employees then were granted a whopping $1.60 per hour for their blood, sweat and tears. Thankfully, paychecks have been increasing every few years since. NJToday.net reports that two-thirds of America’s working poor would receive a pay increase thanks to the Raise the Wage Act of 2019 and those who are eligible for the raise are mostly adult workers supporting a family.

And New Jersey employees are not the only ones. The legal minimum wage for New York City employers with 11 or more workers rose more than 15 percent on December 31, 2018 from $13 an hour to $15 an hour according to CBSNews.com. This is the third raise in the city’s base wage since December 31, 2016, when it increased to $11 an hour. A New York City Hospitality Alliance survey of 574 restaurants showed 75 percent of full-service restaurants plan to reduce employee hours. Forty-seven percent would eliminate jobs and 87 percent would increase menu prices. The wage increase coupled with the soaring rent prices in the city as of late makes crossing the bridge to the Garden State sound that much more appealing if you’re a restaurant owner.

It’s a big win for employees who spent countless hours protesting for higher pay (some literally with picket signs!). The effects this has on the restaurant industry has restaurateurs scrambling to rework their business strategies while seasonal business owners are ticking off the days on their calendars until the summer season with shaky hands. Those days are approaching fast and July 1st is when we’ll see the first wage jump.