The Most Profitable Types of Restaurants 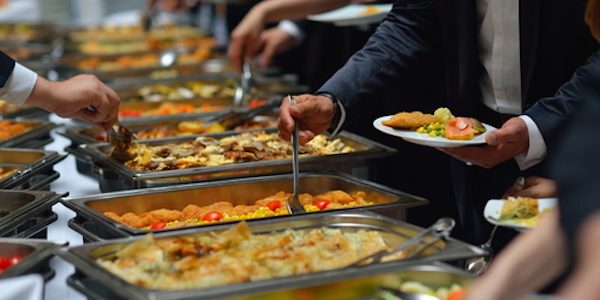 If you are looking to turn your dreams into reality and open an eatery, these are the concepts that have earned the most bang for their buck.

It’s hard to watch an episode of Food Network’s Diners, Drive-Ins, and Dives and not get starry eyed, fantasizing about what it would be like to open a restaurant. Every food establishment featured on the show is the product of major success, even if people are being served in a tiny hole-in-the-wall dive or a drive-thru window. Some exhibit lines of people wrapped around the corner waiting for a table because the food is just THAT good, that you can’t help but concoct your dream of running a restaurant with that degree of customer support and demand.

While the culinary show generally focuses on casual food service joints – as made clear in its title Diners, Drive-Ins, and Dives – that have proved to do very well in their respective locations, there are so many different types of dining establishments that got us thinking, what the most profitable type of restaurant is. Although the area of the restaurant does play a part, if you are looking to turn your dreams into reality and open an eatery, these are the concepts that have earned the most bang for their buck.

Bars are one place that people often gravitate towards after a long day, either to wind down from the work hours with a cold beverage or to fill up on greasy appetizers and peanuts before dinner. They’re also often the hub for sports fans to gather to watch games and for those looking for a night out, featuring live entertainment and trivia nights, making them popular hangouts for fresh 21-year-olds all the way up to retirees.

According to Investopedia, the bar, tavern, and nightclub industry in the United States has steadily grown since 2013, with total revenues of $28 billion in 2018. That’s a booming industry raking in 42% of the sales from beer and ale, 31% from distilled spirits and another 10% is brought in from wine drinkers. These reports also state that the average revenue per bar employee is roughly $75, making it an attractive business for an entrepreneur to get into. While many people dream of owning a bar that emulates the beloved sit-com staple, Cheers, it is a very competitive niche as there are over 65,000 bar establishments currently in the United States.

For some reason, the typical teenage hangout for years was always in diners as demonstrated in shows and movies like Happy Days, Grease, Beverly Hills 90210, Riverdale – the list goes on. Their diverse menu and relaxed atmosphere may be the reason for this, and also a selling point for those wanting to open a business. Eater reports that breakfast dishes are not that complicated to make, and high margins are attainable because the cost of goods sold (eggs, bacon, bread) are lower. It is pretty hard to mess up scrambled eggs and toast even if you are not a Michelin 5-star awarded chef.

Diners also have the flexibility with their extensive menus to add more dishes that pertain to what customers are craving during specific times of the day. A whopping 37% of diners between the ages of 18 and 34-years-old prefer breakfast foods that are associated with lunch or dinner in some way. Millennials do love their brunch options and avocado toast. Creations involving pizza, burgers and grilled chicken sandwiches with breakfast ingredients added to the dishes have made its way to many diner menus.

It’s hard to fathom that a concept that allows customers to eat as much as their stomachs can handle at a fixed price makes for a profitable business, but Mashed explains all of our doubts. All-you-can-eat buffets eliminate the work that a lot of other types of restaurants cannot. In other words, customers are actually doing the work that staff would be doing at a regular table-service establishment. While sit-down restaurants typically serve your meal and deliver drinks to the table, at a buffet-style, guests serve themselves, making no need for waiters. Another plus is that a large number of dishes are prepared in advance, which cuts down on how many people need to be hired in the kitchen throughout the service.

When people are out and about, running errands or shuffling their kids around, often times they are looking for a quick meal that can be eaten on the go or in the fastest way possible. Spending an hour in a restaurant is just not a feasible option sometimes, no judgements here! This is when they turn to quick-service restaurants to refuel before they carry on with their day. QSRMagazine stressed that maintaining the speed of the service makes a world of difference as an operator. Fast food restaurants have populated every area making it nearly impossible to go more than a mile without seeing a Wendy’s or Burger King sign lit up on the side of the road. So if a customer is not satisfied with the service at one restaurant, they can easily cross the street to the next closest edible location for a quick bite. This is why it is imperative to deliver quick and efficient service. If someone is walking into a fast food restaurant, it’s generally because they are expecting just that, fast service.

Next time you are gearing up in front of the television for a Guy Fieri and a Diners, Drive-Ins, and Dives binge-a-thon, make sure you are taking note of ideas for your future restaurant. Other food and beverage businesses that have shown promise in the industry are: food trucks, delivery-only restaurants, farm-to-table restaurants, vegetarian, pizzeria, and pasta restaurants.