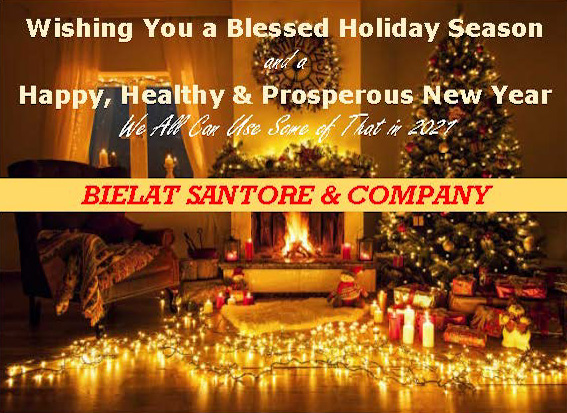 What the Federal Relief Bill Delivers

To restaurants.  At a whopping 5,593 pages, the $900 billion relief package approved Monday night by Congress will be dissected for days because of its doorstop heft.  A revised PPP – the bill calls for restarting the Paycheck Protection Program (PPP), a lifesaver for many restaurants at the start of the pandemic. Under the re-up, restaurants that received funding in the first go-round will be able to draw again from the well, but with different conditions set this time around.  The particulars are what have changed. Under the original program, restaurants could borrow up to $10 million. That cap has been lowered in the new version to $2 million. Restaurants can borrow up to 3.5 times their monthly payroll expenses, provided the amount falls below $2 million. All other businesses are limited to borrowing 2.5 times their personnel expenses; the higher limit was set just for restaurants.  Eligibility requirements were also tweaked. To merit a loan, a business has to prove that its revenues dropped year-over-year by at least 25% in any quarter of 2020. It must also employ fewer than 300 people, as compared with the original cap of 500 employees. But restaurants won the concession of applying that threshold per location, a move that will allow multiple units of an all-company-run chain to each seek a loan.

But critics say it won’t save them from the pandemic’s effects.  When it became clear the Restaurants Act had little chance in Congress, some lawmakers, as well as lobbyists representing the National Restaurant Association and the Independent Restaurant Coalition, pushed for modifications to the Paycheck Protection Program that they thought would provide partial relief to the hospitality industry, although it wouldn’t be as targeted as the $45 billion set aside for the transportation sector. The text for the stimulus bill was published just hours before Congress passed it Monday night.  Despite the modifications to the Paycheck Protection Program, some argue the relief won’t be enough to save a restaurant industry that’s facing government shutdowns as coronavirus cases and hospitalizations spike during the winter.

New Yorkers Dine in the Snow

To show solidarity with struggling restaurants.  New Yorkers aren’t about to let a little (err, a lot) of snow keep them from supporting their favorite restaurants.  Restaurants have had a hard time during the pandemic, but many of them have found success with outdoor dining over the past few months. Some New York City restaurants have even set up elaborate outdoor dining displays in the sidewalks and streets outside of their buildings.  When the storm was predicted earlier this week, though, the city’s restaurants were ordered to close their roadway dining setups by 2 p.m. on Wednesday. It makes sense, and officials said the order would likely be lifted by Thursday night. But it doesn’t make it any less of a blow for restaurants who are already struggling to stay afloat.

Insurers Winning Most, But Not All

COVID-19 business interruption lawsuits.  n the multibillion-dollar fight over insurance coverage for pandemic-related business losses, a Florida gynecologist succeeded where more than a dozen professional baseball teams and an iconic Hollywood restaurant failed.  Since COVID-19 sparked government-ordered shutdowns in March, judges have dismissed more than four times as many business-interruption lawsuits as they’ve allowed to proceed, according to a preliminary analysis by the University of Pennsylvania Law School. But some plaintiffs are finding weak spots in the industry’s legal defenses.  The stakes are high for thousands of businesses. The outbreak has led to a surge in U.S. bankruptcies, including rental-car company Hertz Global Holdings Inc. Century 21 Stores said it couldn’t survive after its insurer denied its business-interruption claim.

New bill aims to protect people from ‘bad actor catering halls’.  Dana and Grant Spoltore, both nurses, have treated Covid-19 patients throughout the pandemic and said they knew they’d be unable to host 238 guests and an 11-piece band at an indoor wedding reception at a country club near Atlantic City, New Jersey, where they’d planned to marry in October.  A general manager at the venue, Atlantic City Country Club, had promised in an email on July 31 that they’d be refunded the money they’d prepaid — less their deposit — if Covid-19 restrictions prevented the wedding and reception from taking place as contracted. But the couple haven’t been refunded their $7,500.  Complaints like this are among several dozen that New Jersey state Sen. Vin Gopal, a Democrat, has received this year. The accounts prompted him to propose a bipartisan bill to protect people against what he describes as “bad actor catering halls” that have refused to refund deposits and other payments for events canceled because of the coronavirus.

That turned into a revolt  After a catastrophic year for the food and beverage industry, America’s restaurateurs hoped the holiday season would mark somewhat of an economic revival – especially with the arrival of COVID-19 vaccines. This month, they were banking on catering, gift cards, and socially distanced Christmas parties to help their businesses’ otherwise brutal year.  But in numerous states, governors crushed that hope with abrupt and arbitrary lockdowns. Now, across the United States, a restaurant revival has turned into a revolt.  This trend is especially evident in Pennsylvania, where Gov. Tom Wolf announced a three-week indoor dining ban on Dec. 10. His announcement came on a Thursday evening, after most restaurants had placed and paid for their weekend food orders. In response, hundreds of business owners – primarily restaurants – are actively defying Wolf’s orders by remaining open.

Why Restaurants Are ‘Hibernating’

What that really means.  Hibernating allows operators the chance to save the money it costs to operate. A restaurant in hibernation saves money on payroll, on utilities, on inventory. Once operations are halted, the costs of staying open become fixed, and include things like rent and paying anyone still left on the team. In both scenarios, a restaurant with tanking revenue is losing money. In the hibernation scenario, the idea is losing less money, losing it slower — and knowing for sure how much of it will be gone each month.  Hibernation isn’t a long-term solution. Even with costs as low as possible, very few businesses can spend-but-not-earn and stay in business for any meaningful amount of time. Restaurants in particular run on such thin profit margins in good times, that surviving bad times by burning cash and getting deep in debt is in and of itself a risky proposition.

How May We Serve You?

For restaurant chains, it depends on the location.  Large dine-in chains are finding it difficult to enact uniform approaches to the pandemic when dealing with different regulations across the country about how they can operate.  With virus cases rising again across the country, new restrictions have been placed on indoor and outdoor dining, though they are far from uniform (no indoor dining in Philadelphia, Chicago and New York City, indoor dining curfews in New Jersey and Massachusetts, no restaurant dining at all in much of California). For larger dine-in chains the ever-changing patchwork of rules poses a particular logistical challenge: How do you come up with a companywide approach when different locations are dealing with their own specific regulations?  Restaurants must work with local health departments that hand down specific guidance on measures that must be taken to prevent the spread of the virus. Some require outdoor dining tents or structures that have no more than two walls to provide adequate ventilation. Others want three sides of tents to remain open.

A case study in relief.  The organization founded by chef José Andrés has quietly helped millions of people through earthquakes and wildfires. The pandemic brought a new challenge—and restaurants were the answer.  Meals are provided and paid for by World Central Kitchen, the relief organization founded by Spanish-born chef and restaurateur José Andrés. World Central Kitchen became something of a household name in the U.S. after Hurricane Maria made landfall in Puerto Rico in September 2017. Andrés, working mostly with volunteers recruited on the spot or pulled from his restaurant empire, ThinkFoodGroup, did what no other relief organization—not the Federal Emergency Management Agency nor the Red Cross—managed to do: serve millions of fresh, often hot, meals to people who would otherwise have gone hungry.

Restaurants open on Christmas, and New Years.  These restaurants are selected for their outstanding food and holiday ambiance and are open for New Years Eve, and some for Christmas Eve & Christmas Day.  They also offer one or more amenities that are valued at a family special occasion including; food, decor, ambiance, and attentive and friendly service.

Tipped restaurant workers could lose $700 million and a chance at fair pay.  The Department of Labor recently announced a final rule regarding tipped employee regulations, which could require servers to share tips with back of the house employees, and which loosens restrictions on the kind of work that can be performed by tipped workers in restaurants. It says that this will lead to greater freedom for workers and employers and could lead to higher wages. But some advocates say could keep employers from paying fairly.  The new rule “removed the regulatory restrictions on an employer’s ability to require tip pooling when it does not take a tip credit and instead pays tipped employees the full minimum wage in direct wages,” allowing restaurants to implement tip pools that pay out to a wider group of non-tipped workers like cooks and dishwashers.  This final rule provides clarity and flexibility for employers and could increase pay for back-of-the house workers, like cooks and dishwashers, who have been excluded from participating in tip pools in the past. It also prohibits managers from sharing in pooled tips. She argued this could reduce wage disparities by distributing tips more evenly.