8 Storylines That Will Define Restaurant Growth in 2023

The restaurant industry is optimistic about 2023. The pain of the pandemic has forced needed change in our industry—for operators this meant smaller menus, fewer SKUs, a focus back on the core business, greater efficiency, expanded off-premises services, and more thoughtful innovation. As an industry we must look forward. Operators and suppliers must embrace our new food-away-from-home landscape. Yes, there is still work to be done—on building improved profitability and managing persistent and frustrating supply chain issues. We believe operator-supplier communication, transparency, and collaboration will be more critical than ever before. This calendar is not a year to let your guard down, whether you’re a supplier or an operator. Let’s look ahead. Here are Kinetic12’s eight predictions for 2023.

The National Restaurant Association uses mandatory $15 food-safety classes. For many cooks, waiters and bartenders, it is an annoying entrance fee to the food-service business: Before starting a new job, they pay around $15 to a company called ServSafe for an online class in food safety. That course is basic, with lessons like “bathe daily” and “strawberries aren’t supposed to be white and fuzzy, that’s mold.” In four of the largest states, this kind of training is required by law, and it is taken by workers nationwide. But in taking the class, the workers — largely unbeknown to them — are also helping to fund a nationwide lobbying campaign to keep their own wages from increasing. The company they are paying, ServSafe, doubles as a fund-raising arm of the National Restaurant Association — the largest lobbying group for the food-service industry, claiming to represent more than 500,000 restaurant businesses. The association has spent decades fighting increases to the minimum wage at the federal and state levels, as well as the subminimum wage paid to tipped workers like waiters.

What is a Tip Credit?

And how do they work? Most restaurant owners know that federal wage law (“FLSA”) permits employers to take a “tip credit” and pay employees who traditionally receive tips—such as servers and bartenders— wages that are less than the federal minimum wage as  long as the tips make up the difference. And it goes without saying, following all other legal requirements is mandatory. The FLSA defines a “tipped employee” as “any employee engaged in an occupation in which he customarily and regularly receives more than $30 a month in tips.” For many employees, tips make up a significant part of their earnings. The onset, new hires should be informed whether they will be classified as tipped employees and advised of all applicable legal requirements. Truth be told, many restaurant owners fail to correctly uphold this preliminary law “assuming” that they (and their tipped employees) know the requirements, however, their assumptions are frequently erroneous. Part of this failure is simply because the law is complicated, contradictory and requires knowledge of the regulations at both the federal and state levels. Federal wage and hour law (FLSA) generally requires covered employers to pay employees at least the   current $7. 25 per hour federal minimum wage. As an employer, you may take a tip credit as an allowance against your minimum wage obligation as long as you accurately calculate your employees’ wages. An employer may take a tip credit only if, among many other requirements, the tipped employee retains all the tips he or she receives.

Here is How Inflation is Affecting Gen Z’s Restaurant Use

Younger consumers are not cutting back because of higher prices. It’s a hard feeling to explain.  Cringe, perhaps. It’s that strange mix of second-hand embarrassment and sympathetic pain that I feel when I read an article defining a younger generation written by a member of an older one.  That feeling comes rushing back when I think of those Gen-X defining headlines of 30 years ago which were usually some play on slacker and lazy, and of course, how to market to such a lost generation, that rejects commercialism and considers the greatest sin to be selling out. Thus, it is with great self-awareness that I’m writing about Gen Z consumers this week, but with opinions backed up with data (so it’s fine and not cringe-inducing at all.) Gen Z, many of which spent their “formative” restaurant years during the pandemic, will be shaping foodservice to come, especially as the largest population cohort–millennials–will be aging out of their prime restaurant-spending years. Understanding how Gen Z is reacting to our current inflationary environment can help operators to develop long-term strategies with contingency plans around economic downturns. In a recent Technomic survey, nearly half of all consumers (48%) say they are going to restaurants less often because of inflation; however, that number drops to 34% of those ages 18-24.  I was expecting to see a higher number of 18-24-year-olds cutting back on orders considering their incomes are typically lower, which reinforces the idea of questioning broad generational assumptions.

Catering Orders Are Back to Pre-Pandemic Levels

At offices and other workplaces. The return-to-office trend is slowly gaining momentum, with more companies, including Starbucks, requiring workers to come in several days a week or more. Although many workplaces still offer a remote arrangement, in 2022, catered lunches grew as an incentive for employees to leave their home workspaces and reclaim their office desks, reports ezCater, an ordering platform that now counts over 100,000 restaurant partners nationwide. “Business is stronger than last year, and we continue to see growth, with sales ahead of 2019,” said Diane Swint, chief revenue officer at ezCater. “We experienced 59% growth in restaurant partners on our platform from January 2020 to 2023.” Swint added that customers are a relatively equal mix of independents and national chains. In addition to office buildings, customers of the catering order platform include manufacturing plants, call centers and colleges that feed sports teams, faculty and student groups. In an ezCater survey in December of over 1,000 people who work onsite at a manufacturing facility, warehouse, retail store or transportation hub, 66% said free meals encourage them to continue working for their company or plan to return the following holiday season. These people represent six out of 10 workers in the U.S. who cannot work from home.

But food prices remain stubborn. The Consumer Price Index in December slowed to 6.5%, though food costs ticked up slightly and menu prices did as well. The U.S. Bureau of Labor Statistics’ Consumer Price Index for December slowed to 6.5%, which is in line with expectations. Inflation remains significantly higher than pre-pandemic levels – around 2.5% in early 2020 – however, December’s index marked the smallest 12-month increase since October 2021, as well as a continued cooldown from its plus-8.5% peak in mid-2022. Gas prices were the biggest driver in this “disinflation” report, and were down by double digits, while energy dropped 4.5%. Food costs remained somewhat stubborn, ticking up 0.3% from November’s report and 10.4% higher than December 2021. Though some commodities have seen deflation, including chicken, others have remained volatile. Egg prices, for instance, have jumped by nearly 50% year-over-year and were up about 11% in December alone due to a widespread avian flu outbreak.

Until 2024 election. The Sacramento Superior Court made the decision after a hearing on Friday afternoon in response to the Save Local Restaurants Coalition lawsuit to halt the law from going into effect. California’s controversial FAST Act legislation, also known as Assembly Bill 257 — which would create a fast-food industry regulatory council and could raise the minimum wage to $22 an hour — is on pause for now, at least until the signatures of the petition are verified, and likely until Nov. 2024, following a lawsuit by the Save Local Restaurants Coalition and subsequent injunction hearing in their favor. The coalition, comprised of the National Restaurant Association, U.S. Chamber of Commerce and the International Franchise Association, filed a lawsuit on Dec. 30 to prevent the law from going into effect on Jan. 1, after the coalition received enough signatures (over one million) to send the legislation to a referendum vote in Nov. 2024. The solicitors were granted a temporary injunction until the hearing on Jan 13.

14 years after disappearing, Steak and Ale is set to return. Steak and Ale, the casual-dining trailblazer known for its Tudor-style decor and affordable steaks, is coming out of retirement. Later this year, the brand will get its first new location since 2008, when it filed for Chapter 7 bankruptcy and abruptly closed all 58 of its remaining restaurants. Kansas-based Endeavor Properties will open the new Steak and Ale in the Minneapolis suburb of Burnsville, part of a 15-unit area development agreement announced last week. It caps a seven-year journey for Steak and Ale that began when it was acquired in 2015 by Paul and Gwen Mangiamele along with the Irish-themed bar-and-grill chain Bennigan’s. The Mangiameles’ Legendary Restaurant Brands set out to revive both concepts, each of which were casual-dining pioneers created by Norman Brinker that went bankrupt in 2008.

How much notice should a chef give when quitting? While two weeks’ notice for resignation is customary in the restaurant industry and others, there is no agreed upon standard for management that I know of. I think the golden rule applies here: If you were in the challenging position of having to replace yourself, how much of a head start would you reasonably expect? While a line-level person may be replaced with some schedule adjustments or an immediate hire, a senior person may take considerably longer. 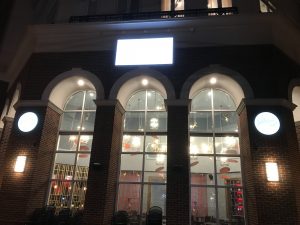