Amid COVID, inflation and staffing shortages.  Bright Marten was intended to be a Denver mainstay, bringing locals together over fried chicken and frosé. Instead, owner Jared Riggs’ dream was dashed by COVID.  “I feel like we’re kind of the canary in the coal mine,” Riggs told CBS News.  Like nearly six out of 10 restaurants nationwide, Riggs saw his business plummet by more than half as the Omicron variant surged and forced him to shut down his restaurant.  Nationally, 91% of restaurants have reported difficulty hiring and 89% have raised prices, according to the Independent Restaurant Coalition. As many as 80% say they are in danger of closing without assistance.  “We are on the verge of an extinction event for this industry,” Independent Restaurant Coalition executive director Erika Polmar told CBS News. “It’s that dire.”  But further COVID relief remains a nonstarter in Washington, D.C.

A lifeline to small businesses.  In 2019, Congress passed the Small Business Reorganization Act, known as Subchapter V, to chapter 11 of title 11 of the United States Code. Subchapter V filing provides a faster and less expensive reorganization process for lower- and middle-market companies that generally fail under traditional chapter 11.  Are you a candidate? The best Subchapter V candidates are debtors with issues that can be fixed by the bankruptcy process, including reduction/restructure of debt payments, lease issues, and/or other issues that, when modified, allow the debtor to make a profit (disposable income). Debtors are typically individuals or entities engaged in commercial or business activities, with less than $7.5 million (including payables) of debt. At least 50% of the debt must come from commercial or business activities.  If the debtor is not able to reliably produce income and cash flow, the chances of success greatly diminish, as creditors are entitled to recover more than a chapter 7 liquidation.

Industry sales declined for the third time in four months in January.  Restaurant sales continued to fall for the second month in a row in January, as the U.S. hit the peak of the COVID-19 omicron variant outbreak, according to the latest data from the U.S. Census Bureau. Restaurant sales peaked in November at $73.1 billion, before declining to $72.7 billion in December and $72 billion in January, representing the lowest monthly sales volume since June 2021.  This dip in “eating and drinking places” sales did not match the rest of the retail industry sales, which rose 3.8% in January, beating expectations. Restaurant sales are back down to below pre-pandemic levels, which in the second half of 2019 to the beginning of the pandemic never dropped below $72.5 billion in November 2019.  According to the National Restaurant Association’s January survey of 4,200 restaurant operators, restaurants are feeling the significant omicron (and labor, and supply chain)-related drop in sales. More than half of restaurants shortened operational hours and 34% began closing on days they would normally be open. On top of that, recent data from the U.S. Department of Labor found a 12.8% increase in food prices this year, which the Independent Restaurant Coalition says is unsustainable restaurants that are already struggling.

From common cyber security attacks.  The hospitality industry, like others, have had to reinvent themselves since the start of the pandemic. Pushing businesses towards a model where an essential point of contact with consumers is online, these changes have resulted in the development of new websites, mobile apps, increased digital content, and heavier online traffic. However, with this enhanced presence, comes an enhanced exposure to cyber risk.  Cyber-attacks are not relegated to certain hours, operating environments, or location. The hospitality industry is especially vulnerable due to various required brand partner software or networks, influx of customers that could be the attackers, high staff turnover rate, and the multitude of vendors required to run your operation. According to the 2022 Allianz Risk Barometer, an annual report identifying the top corporate risks for the next 12 months and beyond, cyber incidents top the barometer1 for only the second time in the survey’s history with business interruption (BI) dropping to a close second.

Steakhouses Around the Country are Embracing Tableside Presentations

And old school glamour.  “What we’re seeing in all markets right now is people’s desire to connect and enjoy time together in celebratory fashions and experiential fashions,” says hospitality mogul David Morton, who runs restaurants in Chicago, New York, Washington, DC and Las Vegas. “It’s unlike anything I’ve ever seen before in my career. And needless to say, Las Vegas is the epicenter of it. People are so in the mood for that level of experience.”  At Morton’s One Steakhouse in the Virgin Hotels Las Vegas resort that debuted last March, chef Patrick Munster offers 2-lb. porterhouses that are sliced tableside and surf-and-turf presentations with tabletop grills for steak and shellfish.  “It’s kind of like that sizzling fajita effect,” Munster says. “You see one of those surf-and-turfs going through the dining room, there’s smoke coming out of it, there’s a grill with hot coals. So once somebody sees that, it kind of starts that snowball effect and everybody starts ordering it.”

Restaurant Service has Taken a Hit in the Pandemic

Here’s how to turn it around.  Every diner has a breaking point. Mine was Dec. 25 in Santa Fe, N.M. I complained to a restaurant.  Before anyone flares nostrils and ignites the comments section, some context: I was on vacation, hopeful about my prospects in the restaurant of an established hotel and willing to pay for the privilege — $100 a head (before tax, tip and drinks) for a three-course dinner.  Almost from the start, the night went south. Could we please sit at the banquette rather than near a busy service station? Sorry, the host told us, the banquette was for three or more, and we were just two. Some diners got bread. We had none. Some people got champagne. No flutes for us, even though bubbles, as we later learned, were supposed to be part of the fixed-price menu. As we picked at a salad that tasted like something you’d get from an airport grab-and-go, we watched servers clean tables as if they were firefighters hosing down a four-alarm blaze and noted that the forbidden banquette went to a lucky duo. Plates tried to land at random tables: Not yours? Not yours? Back to the kitchen with the cooling food! Timing was an issue, overall. It didn’t help that our original reservation was delayed by the restaurant two hours, never mind that our body clocks were on East Coast time.

To deal with customers’ COVID ‘rage’.  A surge in unruly customers during the COVID-19 pandemic has forced a national restaurant group to spend a small fortune on enhanced security, according to the company’s boss.  Cameron Mitchell, the CEO of Cameron Mitchell Restaurants – whose holdings include Ocean Prime in New York – said his chain has been forced to invest in security for the first time. The security is needed to protect staffers, he says, who are often tasked with ensuring compliance with mask and vaccine rules in many states.  “We never spent a dollar on security in our restaurants prior to COVID and now we spend about three quarters of $1 million a year on security to protect our managers and our staff from some unruly guests that happen in our restaurants.”  Unruly guests have only added to the challenge for restaurants, which are attempting to recover from months-long COVID-19 interruptions in a difficult business environment.

There Go the Vaccine Requirements for Indoor Dining

Cities across the country are lifting vaccine (and sometimes mask) mandates at restaurants.  Earlier this week, New York state lifted both mandates: “At this time, we say it’s the right decision to lift this mandate for indoor businesses and let counties, cities, and businesses to make their own decisions,” said New York Governor Kathy Hochul. Though the vaccine requirement is still in place in New York City, I could see why Kelly’s Bar would want to be clear.  Tracking mask and vaccine mandates in America feels like playing whack-a-mole. Some cities, like New York, Los Angeles, and New Orleans have required proof of vaccination since the vaccine became widely available. Some instituted new rules over the past winter, when the omicron wave caused record numbers of COVID cases. Some never did much of anything, or outright banned mask mandates. But as the omicron wave dips, even the most cautious cities and states are beginning to undo their strictest requirements, once again putting the onus on restaurants to decide who to let in. Officials in Philadelphia announced that businesses that serve food (including restaurants and bars, but also businesses like casinos and movie theaters) would no longer be required to ask guests for proof of vaccination, just over a month after it was instituted in reaction to the omicron wave.

Tips to Keep Your Business Lively 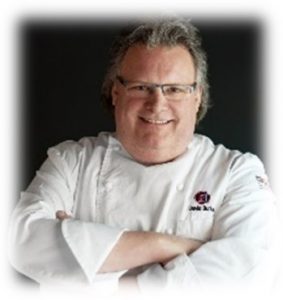 A THANK YOU TO CHEF DAVID BURKE

Bielat Santore & Company has had the privilege of working with Chef David Burke over the past couple of years.  The firm has located, negotiated, and closed three New Jersey restaurant deals with the David Burke Restaurant Group.  Recently, Chef Burke was kind enough to take the time to express his gratitude in the following testimonial:

As a Chef and Restaurateur with more than 35 restaurant ownership and operations in my career, I have met many real estate brokers. However, Richard Santore is much more than just another broker. Having worked in many states and countries around the world, I can speak from experience that working with Richard Santore has been the absolute smoothest; he upholds the highest professionalism. Richard listens and hears what his clients need. He is a connector and knows how to put deals together.  All who come to the table come out winners. I have enjoyed working with Richard and his office on three separate deals to date and they have all been successful. As a native New Jerseyan and a Monmouth County resident with three operational restaurants, I highly recommend Bielat Santore & Company for all your commercial hospitality real estate needs.

DAVID BURKE AND OTHER REGIONAL RESTAURANT COMPANIES THAT WE REPRESENT
ARE ACTIVELY LOOKING FOR NEW LOCATIONS FOR IMMEDIATE EXPANSION!

Might you consider the sale of your existing restaurant including land, building and liquor license?  The restaurant companies we are currently working with are internally funded, have established banking relationships, are corporately managed and can move expeditiously toward closing on the right locations.