New Round of Aid for Restaurants

Others likely to be the last.  Senate Small Business Chair Benjamin L. Cardin is hoping to attach another, final round of COVID-19 aid for restaurants and other small businesses that rely on in-person customers to the delayed fiscal 2022 appropriations package lawmakers are aiming to pass by March 11.  “We’re not going to be asking to come back again for any additional funds,” the Maryland Democrat said. “This is it.”  Cardin has spent weeks negotiating a small-business aid package with Sen. Roger Wicker, R-Miss., and other senators from both parties. He said last week they had a tentative agreement that should be able to get 60 votes in the Senate once they have a legislative vehicle on which to move it.  With top appropriators announcing this week they have a framework agreement on fiscal 2022 spending they hope will soon produce a broader deal encompassing all 12 bills, Cardin may have found his vehicle.  “The next train looks like it’s going to be the omnibus, so yes I’m pushing hard to include it in the omnibus,” he said.

Small Restaurants Like Mine Need Congress to Right a Wrong

Replenish the RRF before it’s too late.  As a veteran, I know what it’s like to struggle, to endure not only physical exhaustion, but emotional and mental exhaustion as well. I served our country for six years in the Army, and for the past two years, I’ve been struggling through a battlefield that is certainly different, and yet in many ways, it feels the same. I’m a small restaurant owner in Texas who is running on fumes.  Last summer I thought we were finally going to get some help, but in a maddening series of events, the fact that I’m a veteran worked against me when I tried to use an underfunded but critical lifeline Congress created for small and independent restaurants known as the Restaurant Revitalization Fund or RRF.  wo of the four restaurants I operate with my brother and chef qualified for the RRF and I was even invited to help beta test the application portal. After a few weeks of back-and-forth, one of my restaurants received an official award letter from the government.  I felt tremendously relieved as the grant would finally give us a chance to recover from so much turmoil. But 15 days later, I was one of 2,965 approved applicants who received a devastating email stating, “We regret to inform you that, due to recent court rulings, the U.S. Small Business Administration (SBA) will not be able to disburse your Restaurant Revitalization Fund award.”

Get Ready to Apply to Sustain and Serve NJ

Prepare to Apply.  The latest round of Sustain & Serve NJ will provide eligible nonprofits with grants up to $2 million to support the purchase of meals from New Jersey restaurants that have been negatively impacted by COVID-19, and the distribution of those meals at no cost to recipients. Applications are expected to open in early March.

Prepare to Apply.  The Small Business Improvement Grant reimburses eligible small businesses and nonprofits for up to 50% of eligible project costs associated with building improvements or the purchase and/or installation of new furniture, fixtures, and equipment made on or after March 9th, 2020. The maximum grant award is $50,000. Applications are first-come-first-served.

Why No-Tipping Policies Can Hurt US Restaurant Workers

The numbers don’t lie.  A restaurant in Bloomington, Indiana, has eliminated tipping and is instead raising hourly wages for its employees. An eatery in Portland, Oregon, replaced optional tipping with a mandatory service fee. A restaurant group in Eau Claire, Wisconsin, eliminated tips and raised their minimum wages to $16 an hour. A Texas brewpub is touting its no-tipping policy as the main reason behind its low employee turnover.  There’s no argument that a tipping model has its problems. “The case against tipping is compelling,” writes Kathryn Campo Bowen on Eater.com. “It facilitates racism, sexism and widespread wage theft; perpetuates a growing income gap between front- and back-of-house staff, particularly in cities like New York and San Francisco; and contributes to a stigma that service work is transitory.”  And if you think that the “no-tipping” model is new and brought on because of the pandemic’s impact on restaurant workers, you’re mistaken.  The practice in the US goes back to the early 20th century and became widely popular in the 1920s when prohibition cut into restaurants’ profits.

Short-staffed restaurants now take gratuities for kitchen staff.  Line cooks and dishwashers are finally starting to get a share of the tipping jar — and a small but growing coterie of restaurant bosses say it’s good business.  Ten months ago, as a nationwide labor shortage was ravaging the industry, North Carolina-based restaurateur Patrick Whalen began collecting tips for his kitchen staff in a desperate bid to curb turnover and keep the doors open.  While skeptics predicted friction from customers and waitstaff alike, Whalen says the idea has since snowballed into what he believes is a smart business model.  His five fine-dining restaurants, which include three Church and Union eateries in Charlotte, NC, Charleston, SC and Nashville, Tenn., have collected $591,000 in tips for kitchen staff since April. His company, 5th Street Group, has meanwhile matched as much as $500 a day in tips at each location — shelling out $486,000 to bring the total haul for the back of the house to nearly $1.1 million.

January saw the biggest increase in 40 years.  For menu prices, the only place to go seems to be upward.   The food away from home index rose 6.4 percent year-over-year in January, which is the largest 12-month increase since January 1982, according to the Bureau of Labor Statistics. The price of quick-service meals jumped 8 percent, while full-service menu prices increased 7.1 percent.  In terms of month to month, the food away from home index rose 0.7 percent in January compared to December. The cost of full-service and limited-service meals both rose 0.7 percent month-over-month, as well.  America’s biggest restaurant chains are feeling the pressure. Because of staffing shortages in the supply chain and labor challenges, Starbucks took pricing action in October and this past January. Additional hikes are expected through the balance of 2022. Additionally, Chipotle offset labor and commodity pressures with a 4 percent mid-December menu price increase, giving the chain about 10 percent of price in January. CEO Brian Niccol said the brand could take additional pricing if costs don’t abate.  Brands often respond to these price jumps by touting their value proposition and room to maneuver.

New tech tools increasingly fill the gap.  Amid an ongoing labor crunch and ingredient-cost inflation, restaurants are taking a closer look at equipment that can help them operate more efficiently, including robotics that automate some cooking processes, fryers that drain and fill themselves and dough-processing equipment that minimizes the prep work involved in pizza operations.  “We are exploring and testing all types of robotics and automation technology right now,” said Tim Brown, chief of operations at Toledo, Ohio-based Marco’s Pizza.  In the near term, the biggest opportunities will come from “simple, cost-effective innovations” that enable workers to perform tasks more quickly, or that automate some cumbersome tasks, or that make order accuracy and ingredient measurement more efficient, he said.

But that doesn’t mean no masks.  Gov. Kathy Hochul made it official — the statewide mask-or-vaccinate mandate will not be renewed. Calling it “an emergency, temporary measure” imposed in December, when the Omicron variant was driving case counts to new peaks, she declared that “numbers are coming down, and it is time to adapt.”  Massachusetts, Illinois and Rhode Island had all moved to ease coronavirus rules within hours of Hochul’s announcement on Wednesday. The separate announcements were a reminder of the patchwork nature of the response to the pandemic.  They also prompted concern among some public health officials that restrictions are being dropped in an ill-advised rush toward normalcy when the coronavirus is still circulating widely. Nationally, the daily average on Tuesday was 240,540 reported new cases, down 63 percent from two weeks ago. In New York State, the daily average on Tuesday was 6,817 cases, down 70 percent from two weeks ago.  And the different decisions compounded the uncertainty about what people can and cannot do.

Email Marketing can boost your restaurant brand.  Many business owners believe that emailing is an obsolete form of marketing. But that couldn’t be further from the truth. Even for a unique niche like restaurants, the power of email marketing can boost brand awareness and ROI. Paired with features like a striking restaurant logo and using a color palette so your brand is easily recognized, emails can help you get the customers you’re after.   Eighty-three percent of global consumers state that they prefer emails when receiving communications from businesses. So, if you’re in the restaurant industry sending emails is an effective way to boost your brand, attract new leads and increase your sales.  Email marketing isn’t going anywhere and here are tips to boost your restaurant’s brand.

National Restaurant Association Educational Foundation.  For the past 33 years, National Restaurant Association has been attracting, empowering, and advancing todays and tomorrow’s restaurant workers. Our programs include scholarships; job training for those reengaging and reentering their communities; high school culinary arts and restaurant management technical education; apprenticeships; and training for U.S. military service members transitioning into the civil restaurant industry. 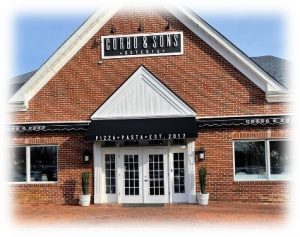 The owner and operator of Bell Market in Holmdel has opened his second restaurant.  Richard Corbo, who began his career as a chef in Boston cooking modern American cuisine at Tremont 647 in the South End, has opened Corbo & Sons, located at 555 Shrewsbury Avenue in Shrewsbury, Monmouth County, New Jersey.  Chef Corbo studied at the Culinary Institute in Florence Italy, and has worked in Boston, New York and San Francisco prior to opening Bell Market in 2017.  Corbo & Sons is a BYOB restaurant serving fresh pastas, pizzas, vegetable forward dishes, and cozy regional Italian classics.  Try it out – open Tuesday – Saturday 4:00PM – 9:00PM.

WE ARE LOOKING FOR NEW INVENTORY FOR REGIONAL RESTAURANT COMPANIES
SEEKING IMMEDIATE EXPANSION!

Bielat Santore and Company currently represents a select collection of regional restaurant companies who are seeking growth opportunities in New Jersey; through the purchase of existing restaurants that contain land, building and liquor licenses.  In 2020-21, the firm closed numerous transactions with these companies.  These restaurant companies are internally funded, have established banking relationships, are corporately managed and can move expeditiously toward a closing on the right locations.

If you would consider a sale of your restaurant assets, contact Richard Santore, 732.531-4200.