Restaurant Dining Etiquette: How Much Customers Should Tip Their Servers 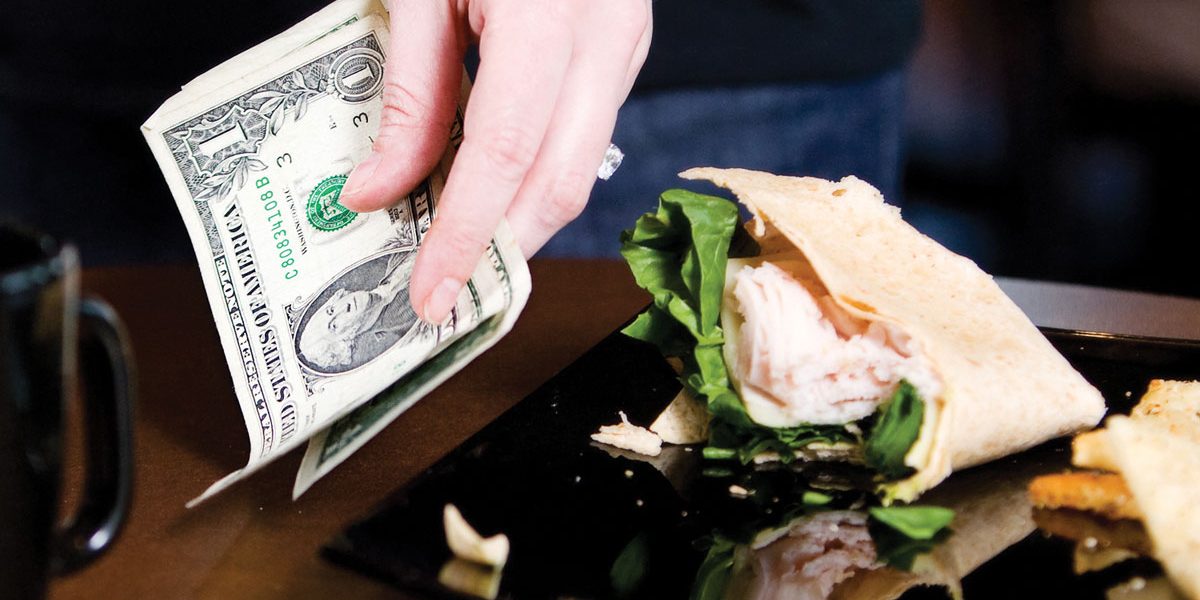 In a recent survey, US adults were asked who they would compensate as a thank you for their services. The results were not what restaurant industry professionals hoped to hear.

It’s no wonder why minimum wage workers were protesting for a raise from their employers over the past year given the upsetting numbers from a survey from TD Ameritrade on which workers patrons are most likely to tip. In a recent Harris poll, the financial services company asked 1,011 US adults who they would compensate as a thank you for their services. The results were not what restaurant industry professionals hoped to hear.

Only 82 percent of respondents said they typically leave a tip for waitstaff at restaurants. While that is most of the participants who admitted to gifting their waiters, that still leaves 18 percent who admit to not tipping at all in return for their service (or at least that are brave enough to say so in a survey). Among these respondents, 91 percent are categorized as baby boomers (between ages 55-74 years old), 81 percent are Gen Xers (middle-aged ranging from 40-54 years-old), and 72 percent are millennials (young adults which are also the leading restaurant-goer population).

In case you are not sure of the appropriate amount you should be awarding your restaurant workers, an article in Eater provides diners with a definitive guide to tipping at any eatery, and it wouldn’t hurt to brush up on your dining etiquette.

Tipping your waitstaff is a simple way of showing your appreciation for their service, and since most servers are compensated mainly through what their customers leave them, they rely on that money as their primary source of income. In 2018, it was understood that the appropriate tip when dining out is between 15 and 20 percent, but 20 percent is highly suggested. And this means before tax, especially if you experienced extra good service. This is the general rule regardless of how much the meal costs. Many restaurants now offer tipping suggestions listed at the bottom of the check to make it easier for the customer to factor out, so there are no excuses for not rewarding the proper amount. Depending on the establishment, the suggestions could go as high as 22 percent, while some include the gratuity in the check total.

Considering the level of service provided at a food truck is minimal (typically taking five minutes from order to pick-up), tips are not always necessary, but is always appreciated. These employees work hard to prepare your order quickly and efficiently, all in a lot less space than a full-service kitchen would allow. If you can spare a dollar or two in addition to your fee, they would be grateful. Or course, if the order is more complicated or large, handing out a few extra bucks is the human thing to do.

Bartenders deserve much more than they are given credit for. They socialize with guests more than anyone else on the floor and their shift usually lasts until late into the night. If you are being served anywhere other than a dive bar, it is suggested to award as much as you would if you were sitting down eating food. Managing a whole bar full of customers expecting their glasses to never be empty is a job that should be rewarded. Treat your bartenders well and they will take care of you.

One of the most popular forms of dining nowadays is delivery. Made recently more famous by delivery services like GrubHub, Postmates, and Uber Eats, to name a few, the delivery person should not be forgotten. The person who braves all weather and traffic conditions to get your food from the restaurant to your door should get at least a $5 tip, depending on the size of the order. Remember, although online delivery service apps are easy to order from just about anywhere, they don’t exclude you from paying gratuity, even though you are eating on your couch instead of in a restaurant.

Restaurant workers are not the only ones getting stiffed on bonuses. The survey also revealed that 45 percent of respondents claim to tip taxi drivers, while 35 percent tip hotel workers, and only 26 percent contribute to the tip jar placed at the register at fast food joints and coffee shops. So, this weekend if your plans entail dining at a restaurant or anywhere else where your food is not served to you from a vending machine, please do not be a part of the 18 percent that neglect to tip their servers.