LONG BRANCH:  It seems that you can’t walk into a restaurant these days without hearing Marilyn Schlossbach’s name being spoken about through the grapevine. The long-time executive chef and restaurateur is a highly respected and well-known public figure in the restaurant industry. With several successful businesses under her belt, and recently sworn in as chairwoman of the New Jersey Restaurant Association, she is now adding a new venture to her resume. That of operating partner of The Whitechapel Project in Long Branch, New Jersey.

When WCP’s owner, Preston Casertano approached Richard Santore of Bielat Santore & Company, Allenhurst, New Jersey, with an interest in acquiring an operating partner to facilitate all of the food and beverage business at the facility he had created, Mr. Santore knew Schlossbach would be the perfect fit for the position. Joining forces with Casertano, Schlossbach set her creative notions in motion and instituted a new gastropub concept, soon to be called “The Sparrow at White Chapel Project.” Schlossbach plans to scale-down the brewery, add a full-service bar and reconstruct the menu to include small plate offerings and seasonal dishes.

The vision for the original WCP was a dream for Casertano, a retired software executive who purchased the three-story warehouse years ago. After transforming the 120-year-old building, the Manalapan, New Jersey native opened the beer hall in December 2018. The versatile venue, inspired by the Whitechapel District of London, attracted patrons from all over the Shore, especially during the summer months on its 8,000 square foot outdoor beer garden and open courtyard.

The large outdoor space has also provided Sclossbach with a home for “Two River Gourmet Mushrooms;” a natural mushroom growing and harvesting farm which she combines with other organic herbs and vegetables, all used in the restaurant. 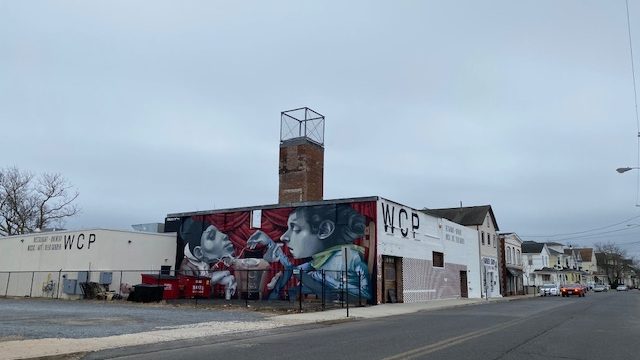 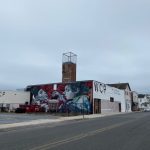