There Has To Be A “GOAT” On Some Level

UNION BEACH:  Have you heard the buzz dominating the sporting world these days?   Tom Brady, the NFL legendary quarterback is retiring as the GOAT after 22 seasons!  What will Brady’s legacy be?  Undoubtedly, it will be as the greatest quarterback — and player — of all time.  It’s not just the poise and methodical approach he took toward seeking competitive advantages, it’s the metronomic consistency he embodied when he played.  There will never be another Tom Brady. He’s the product of a perfect storm of talent, drive and franchise stability.

However, when one GOAT leaves, another enters.  Enter the “GOAT” Pizzeria and Bistro owned and operated by celebrity chef “David Burke.”  According to Richard Santore of Bielat Santore & Company, Allenhurst, New Jersey, the broker for the sale, Burke and an unspecified real estate investor purchased the former Piero’s Restaurant, located at 1411 Highway 36, Union Beach, Monmouth County, New Jersey.  David Burke, a New Jersey native who is recognized internationally for his revolutionary techniques, creative concepts, exceptional skills, as well as his many TV appearances has purchased his second restaurant in Monmouth County, one year after purchasing his first, the “Red Horse,” in Rumson, New Jersey.  The Red Horse was recently rated as one of “New Jersey’s 21 best restaurants of 2021.”

Burke plans on transforming the white-tablecloth Piero’s Restaurant into a casual Italian American Bistro, highlighted by an exposed brick oven where pizza will be the featured food.  “We are going to have meat dishes, chicken dishes, salads, but everything will evolve around pizza,” says Burke.  And as far as the writer knows, Burke is armed with a one-of-a-kind pizza recipe that he expects to soon become the GOAT.

The current restaurant will undergo interior renovations to expand the bar area, replace the kitchen, install an exposed pizza oven and cosmetically redecorate inside and out.  When complete, the restaurant is expected to seat 100 for dining in addition to 40 in the bar-lounge.  The facility also has a 100-seat private affair room on the second floor.  Estimated grand opening is April 2022.

Phenomenon like Tom Brady only come around once in a lifetime.  Don’t miss this phenomenon… You may be missing the Greatest Of All Time! 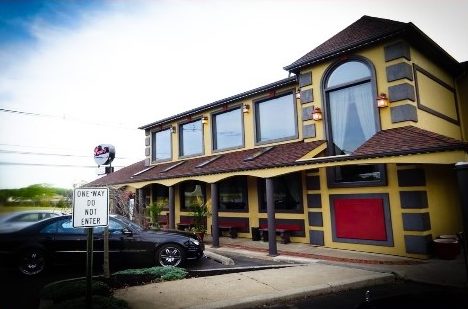