NEPTUNE, NJ:  Central New Jersey’s hottest restaurant and bar concept, MJs, has just purchased their Neptune, New Jersey restaurant building and 4 acre tract of land that it had been leasing for the past five years, according to Richard R. Santore of Bielat Santore & Company, Allenhurst, New Jersey, the broker for the sale.

MJs restaurants specialize in standard American fare, with an attention to taste and quality in a fun-filled, sports-bar style environment. Each location has its own unique charm and relaxing atmosphere. It’s where you can sit down for a pleasant lunch or dinner in one of the dining rooms or watch your favorite game at a spacious bar. MJs uses only the finest ingredients for all of their appetizers, entrees, sandwiches, salads and pizza. Their pizza is the best in the area; thin or traditional crust! Mouth-watering chef’s choices and drink specials are featured daily, along with live entertainment 4-5 nights a week. MJs happy hour is the best in the area, every Monday – Friday at the bar.

Bielat Santore & Company, Allenhurst, New Jersey is the “exclusive broker” for MJs Neptune, and has been extremely instrumental in finding, negotiating and financing each of the restaurant’s locations. “We are currently deciding on our sixth location. We are reviewing sites in both Ocean and Middlesex counties and are actively seeking additional locations throughout central New Jersey,” explains Santore of Bielat Santore & Company.

MJs owns the ground under three of its existing locations. This latest Neptune real estate transaction was financed by Manasquan Bank, Manasquan, New Jersey. The company intends to develop and lease out two acres of the four acre tract to a select commercial tenant, which will provide additional rental income going forward. 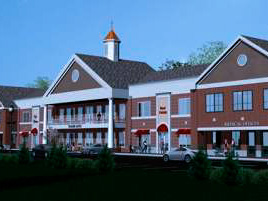 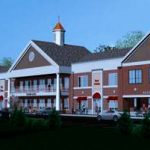