Food Trucks Are Keeping Quick-Service Restaurants on Their Toes 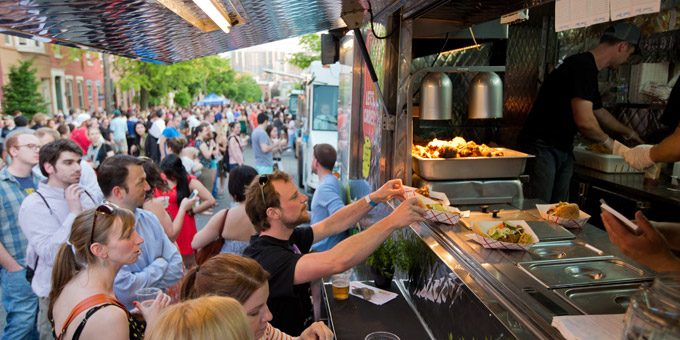 The success of the mobile food industry has shaken the nerves of many quick-service restaurants who offer similar business in one or several rooted locations.

It is that time of year where people will begin to see food trucks appearing more frequently outside of probably any door they walk out of. The mobile food industry has really taken off over the years with many people salivating over the delicious waft in the air emanating from the food trucks as they walk past. It takes some serious will power to keep walking down the street without peaking around the crowd to see what guests at the front of the line are indulging in. Usually its something eaten out of a paper cup but tasting more like a Michelin five-star rated dish, making you wish you didn’t wear your favorite white shirt that day.

It is no secret that food trucks have drum up quite the buzz over the years, but they aren’t exactly a new fad. The beginning of the mobile food industry dates back to 1691 when what’s now known as New York City, began regulating street vendors selling food from push carts. And in 1872, the first diner was setup in a horse-drawn freight wagon. The concept took off years later when grease trucks began selling “Fat Sandwiches” to college students at Rutgers University’s New Brunswick, NJ campus in the ‘80s. And in 2011, the restaurant guide, Zagat, started including reviews of food trucks in their guides. Today, venues are offering their parking lots and grasslands for food trucks to sell their products at festivals and street fairs. Businesses are renting the mobile businesses to feed their employees at their offices during lunch hours. And many food trucks are getting regular permits to operate at specific locations daily to attract customers along beaches and parks.

The success of the mobile food industry has shaken the nerves of many quick-service restaurants who offer similar business in one or several rooted locations. According to QSRMagazine.com, when consumers choose to grab a bite at a food truck, it is taking away the business that would most likely be given to a fast food restaurant based on the type of food that person was looking for. Some say that they prefer the food trucks because they feel they are getting a quick home-cooked meal as opposed to a fast food stop where the food is often prepared beforehand in larger quantities. This brings up the debate for the passerby if they should give in to the delicious waft in the air and get on line at the food truck or keep walking to their intended destination and dine at the quick-service restaurant down the street.

While both food trucks and fast food eateries satisfy the customer by promising their food to hit their taste buds within five minutes, there are several differences that can cause challenges for both. For one thing, the mobility of a food truck is great for business as they have the freedom to move to where the customers are, however more time is spent on the road, chasing new opportunities and updating social media channels. The ever-popular Jersey Shore staple, Playa Bowls demonstrates the importance of social media marketing as a shop who started in a food truck five years ago in Belmar, NJ and has since expanded to businesses both on the road and at over 65 shops around the country. Seriously, check out their Instagram!

On the other hand, restaurants offer less flexibility, but they have known hours that draws a regular customer base. If you’re craving for a Playa Bowl, it is nice to know that you can visit one of their locations at 803 Ocean Avenue in Belmar rather than waiting for the food truck to come around. Also, while it is great to be able to steady your bike handles with one hand while noshing on a beef burrito with the other hand, some foodies enjoy meals that are best consumed not on the move. Successful food trucks have created menus that can be easily eaten while standing up, but if your fancy is soup or foods that need to be handled with a fork and a knife, your first thought may not be to eat dinner on the curb in your lap.

Although right now, quick-service restaurants may be feeling anxious as the food trucks start to roll in for the summer season, they should have nothing to fear. The food truck industry is small and seasonal, which means most will start moving their businesses elsewhere once the temperature dips again after the Fall. And for food trucks, the biggest competition they have are with each other. But considering the lines outside of most food trucks, I’m sure people don’t think twice about going up for seconds.