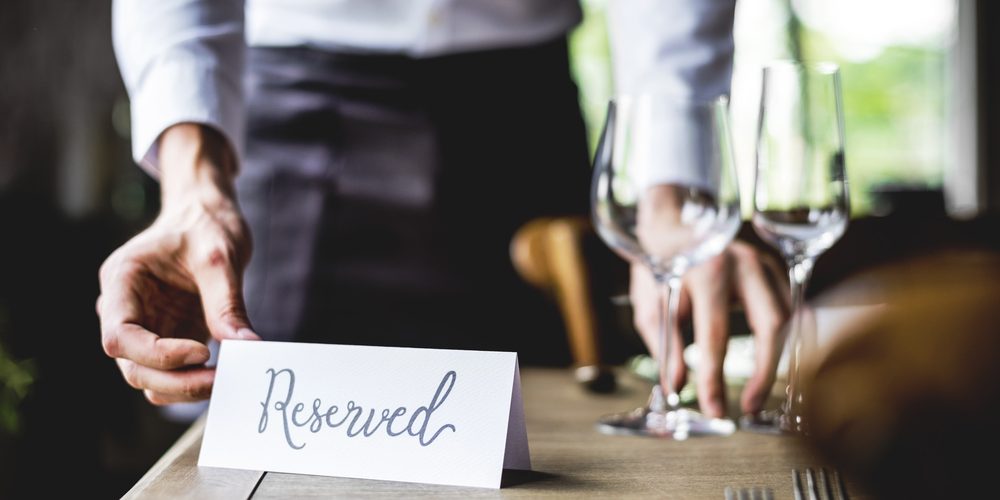 And restaurant owners: take note, as these apps may be worth the investment.

If you planned on dining out at any above-casual restaurant today with your significant other to celebrate Valentine’s Day, you better have made a reservation weeks ago. OpenTable, the world’s leading provider of online restaurant reservations, says that according to 2017 Valentine’s Day dining data, diners are typically reserving a table an average of 11 days in advance of the holiday. This means that all procrastinators that have yet to nab a location for dinner tonight are most likely out of luck at eating anywhere besides a Chipotle Mexican Grill. Given Valentine’s Day is one of the busiest days of the year for restaurants, this data is not all that surprising. Reader’s Digest says that almost one-quarter of the population will dine out on the romantic holiday. While there may be little chance of you obtaining a reservation tonight, here’s some reservations apps that you should download on your phone for future dinner dates. And restaurant owners: take note, as these apps may be worth the investment.

You can’t get much better than OpenTable. It remains one of the most dominant restaurant reservations apps there is, so you could pretty much find any restaurant and their sister eatery listed on the app. Eater reports that the company services 47,000 restaurants in 20 countries, seating 2.6 million diners per month via online reservations. If you are a restaurant owner, you may have heard this one widely talked about from diners as it’s usually their go-to app for those nights where a home-cooked meal is just not an option. If you’re considering joining the reservation service, they charge $249/month plus $1 per seated cover that’s booked via OpenTable. For covers booked via the restaurant’s own website, Facebook page or marketing e-mails, the company charges 25 cents per head. With all the buzz surrounding the app, the fee is probably worth it.

Another widely popular reservation service, is Resy. Although they don’t service as many restaurants as OpenTable, they are still highly comparable with more than 2,000 restaurants in 160 global cities using the service. Many restaurateurs use both OpenTable and Resy platforms to ensure the highest exposure, as Resy seats over 1.5 million diners per week. The pricing is a little different as Resy offers a flat-fee ranging from $189 to $899/month.

You probably didn’t expect me to list the telephone as an option to make restaurant reservations. While many of us are glued to our phones almost making talking on the phone seem foreign to the most loyal texting and app users, calling a restaurant to reserve a table is not a thing of the past. In fact, you could even have more of a chance at nabbing a last-minute table via calling the restaurant rather than using an app (looking at you Valentine’s Day procrastinators!). Eater made a point in a recent article that a person on the other end of a phone call would be more accommodating than a computer program. A New York Times piece dives deeper into this concept stating that most restaurants don’t list every single table in the dining room on OpenTable, so calling the establishment will give you more options. Tables are often kept available for walk-ins and prime-time tables are usually not posted on a reservation’s app or online. Speaking directly to the host will also provide you with better insight on certain days and times the restaurant is slower, or if it is easier to dine at the bar.

There are plenty of options for making restaurant reservations that both restaurant-goers and owners should be aware of. This is also another way social media can be helpful as many restaurants post on their Facebook, Twitter or Instagram accounts if they’re closed for a private event or have any last-minute availability. This could be particularly useful tonight if your Valentine’s plans are still up in the air, just saying.