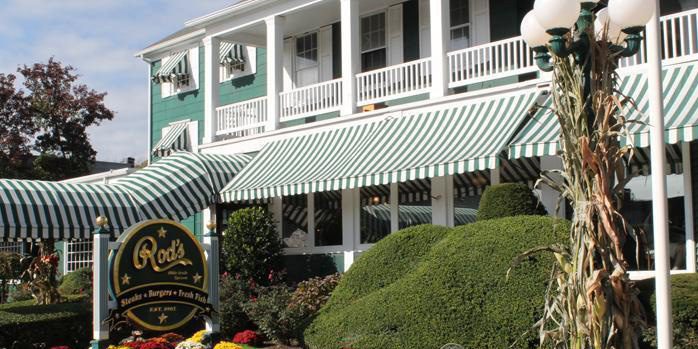 SEA GIRT:  After one of the longest tenures at the New Jersey Shore, Rod’s Olde Irish Tavern has been acquired by Chefs International as reported by Richard Santore of Bielat Santore & Company, Allenhurst, New Jersey.  Long-time proprietor and “hands-on” operator, Frank Kineavy decided it was time, after 39 years in Sea Girt.  “It was time,” states Kineavy.  After 39 years, it was time, and my broker Bielat Santore & Company could not have done a better job or found me a better buyer.  Heck, who can put a deal together in the middle of a pandemic?  They did it!”

Chefs International intends to operate the restaurant after making minor renovations to the facility until such time when restaurants can reopen at 100% capacity, emerging from the Covid-19 virus mandated shutdown. At that time, Chef’s is planning a total makeover for the restaurant, floor to ceiling, both inside and out, adding outdoor seating and possibly an outdoor bar.  At the heart of Sea Girt’s business district, the newly renovated Rod’s Olde Irish Tavern should attract many customers; both old and new.

“I still have another restaurant to run,” adds Kineavy, “Frankie’s in Point Pleasant.  I am and will always be a hands-on saloon keeper.  Who knows in a year or two down the road, I may give Bielat Santore & Company another crack at selling this one for me? And then, maybe I will just ride off into the sunset; or find another saloon to run!”