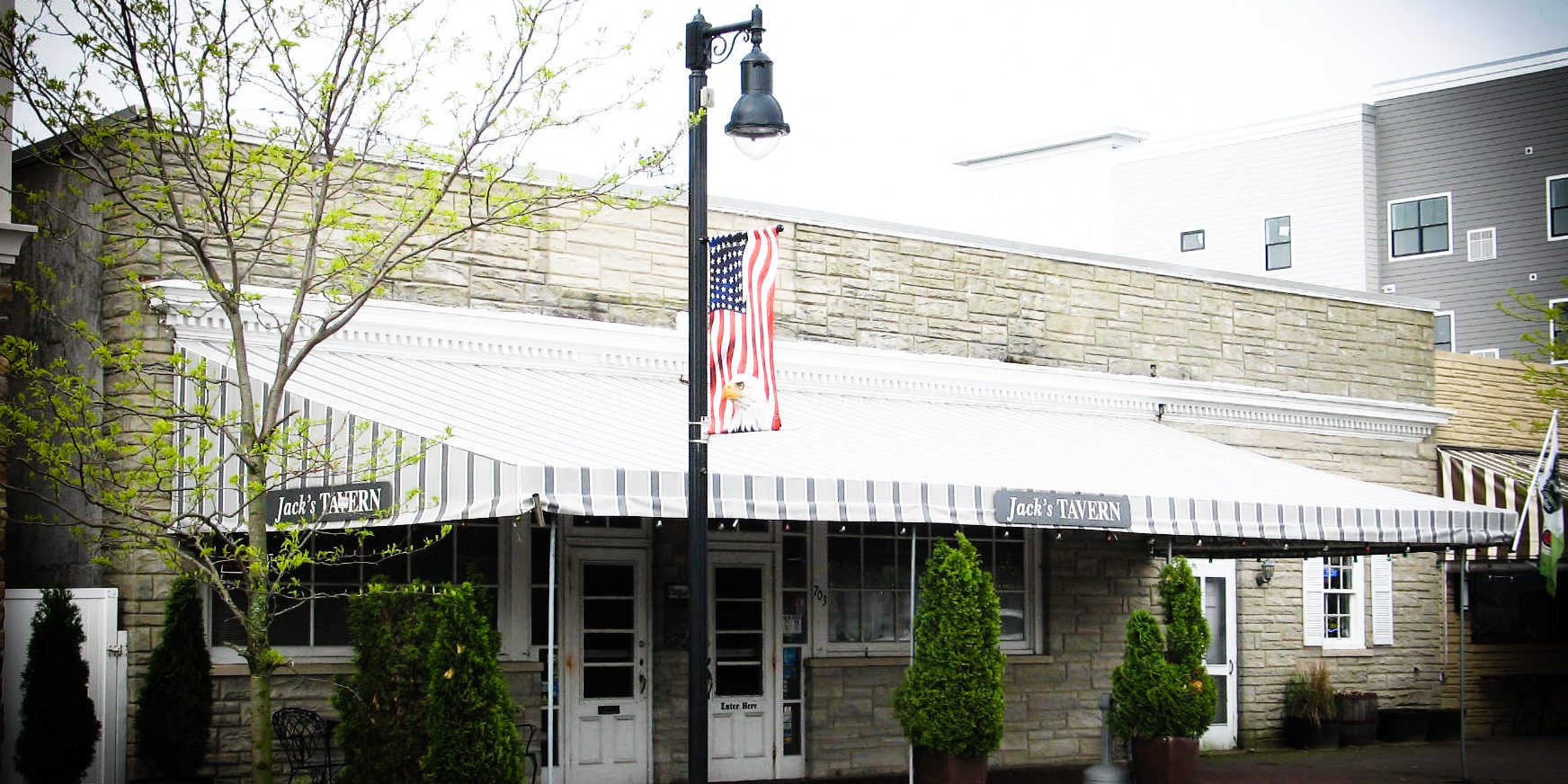 Maybe the Last of the “Old Time Taverns”

Jack’s Tavern, 703 10th Avenue, Belmar, one of the last of the “Old Time Taverns” in New Jersey, has been sold according to Richard Santore of Bielat Santore & Company, Allenhurst, New Jersey, the broker for the sale.  The speakeasy which transformed into a neighborhood tavern subsequent to the end of “Prohibition,” has been owned and operated by the Terranova family for nearly 85 years.

Current fourth generation owner/operator Michael Terranova, who has been in the family business since he was 17, decided it was time to sell.  Mike’s great grandfather, Jack Smith purchased the property in 1934 and opened up for business asking his wife Lelia to cook for the customers.  Mike’s father Joseph, a chemist for Hess Oil, married his college sweetheart Carol, while sharing the duties as a bartender in the 50’s and made way for his son Michael to come into the family business in the 70’s.  An article that recently appeared in the Coaster said that “Jack’s was a place where you could hang your coat on the back of a chair during a packed house and not worry about the pocket contents or the coat.  A place where you could have a midnight pizza delivered with the owner getting a slice and a place where you could hear some of the best music of the Jersey Shore and without a cover.”

Although this popular watering hole is shutting down, a new day may be dawning soon on 10th Avenue.  The real estate and liquor license were purchased by local real estate investors and developers who have not yet finalized their plans for the 10th Avenue store.  Of course, Belmar itself draws shore lovers to its pristine beaches, including families, fishermen and world-class surfers.  This classic Jersey Shore town boasts a mile-long beach for sunning, bathing and some of the best surfing on the east coast.  The town’s beach, along with its Boardwalk and the many special events, make this a highly popular destination. Its sandy shores attract a youthful crowd that sunbathes by day and takes advantage of the animated after-hours scene at night.

So, the new owners have decisions to make in choosing the right path for their new acquisition.  They can only hope that whatever their final design plans are, they will may make a lasting impression on 10th Avenue in Belmar and that they may enjoy the same success that Jack’s had…for 85 years!