The third interview of the series revival checks in with multi-restaurant owner and Chairwoman of the New Jersey Restaurant Association, Marilyn Schlossbach. 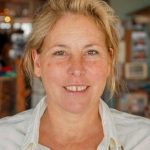 ALLENHURST, NJ: Restaurants around the tri-state area are finally getting back to normal as most COVID-19 restrictions will be erased next week. In a shared statement, the governors of New York, New Jersey, and Connecticut lifted the ban on bar seating and buffets and other self-service restaurants on May 7th; capacity limits for indoor and outdoor dining will be eliminated on May 19th. Despite the progressive change, restaurateurs are wary as finding staff has remained a concern. Before the announcement, Richard Santore, Vice President of Bielat Santore & Company, caught up with multi-restaurant owner and Chairwoman of the New Jersey Restaurant Association, Marilyn Schlossbach, who emphasized that the lack of staff has become the restaurant industry’s biggest obstacle.

“We made it; we’re still here,” Schlossbach boasted, referring to her six businesses still surviving after the hurdles of the last year of the pandemic. Schlossbach owns and operates Langosta Lounge, Pop’s Garage, Asbury Park Yacht Club, and Saltwater Market in Asbury Park; White Chapel Project in Long Branch; and Tini’s Fish House in Normandy Beach – which is scheduled to open this month for the season. “Anyone who is still operating after all of this, give yourself a pat on the back because it’s been a rough ride,” she praised. In Santore’s sit down with the humanitarian following the mandatory statewide closures last year, Schlossbach was optimistic that her businesses would fare stronger than ever, but these days she has some concerns. “It’s not a fun place to be as a business owner or as a human being,” said Schlossbach admitting that providing customers with the same quality customer service they are used to has been difficult. “Most of the staff did 50 hours a week in three days,” said Schlossbach. “How are we going to keep this up if it’s not even May and people are working like this.”

Restaurateurs around the state face the same issue with a lack of employees, blaming the several rounds of Paycheck Protection Program loans (PPP) as the reason workers are hesitant to return. “There’s no incentive for people to go back to work,” said Schlossbach. “They should’ve come up with a better move, [an] out-of-the-box plan for this stimulus for people.” Appreciative of the support from other businesses and loyal customers, Schlossbach revealed she received a grant from the delivery service, DoorDash, and generous contributions at one of her locations from a devoted couple who frequents Langosta Lounge. “The perception of me and my company is that we have a lot when [in actuality] I’m one woman owning all of this,” said Schlossbach. “We’re just really aggressive at moving forward, and we do whatever it takes to keep going.”

Schlossbach has tried to maintain some normalcy in her businesses the last year, including continuing to offer live music. “We need that passion to keep going; it’s not just the money,” said Schlossbach. “I would take the passion over the money any day.” Being able to enjoy live entertainment has been a savior for guests looking for relief from the news. “As long as we cover the costs and the musicians get to play, it makes people feel good, and for me, that’s been the most important thing to hold onto in this,” said Schlossbach. “It’s really hard to feel good when you’re going through this.”

Although the world isn’t out of the woods yet, Schlossbach is shocked that the Covid-19 pandemic lasted this long. “Looking back at all of this, I still feel like I’m in some surreal movie that we’re still living in Covid over a year later,” said Schlossbach. Forced to scale back from her usually busy lifestyle has encouraged a new perspective for the restaurateur. “I don’t want so much anymore,” Schlossbach explained, declaring her desire to venture out of the country. “Maybe [I’ll] do a retreat center with culinary and surf or something that’s more of the lifestyle that I want to retire and the one I’ve been longing for.”