The sixth interview of the series revival checks in with restaurateur and partner of the Salt Creek Grill restaurants, Steve Bidgood. 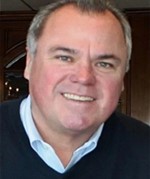 ALLENHURST, NJ: Since the government-mandated state-wide closures on non-essential businesses last March, many restaurateurs restructured their entire business models to stay afloat. They built outdoor dining spaces, created take-out menus, installed sanitation stations and fumigation services, among other changes to adhere to Covid-19 restrictions. However, as businesses ease back to normal operations following New Jersey Governor Phil Murphy’s overturn of all restrictions on May 28th, the battle to survive is not over.

Following the shutdowns, Richard Santore, Vice President of Bielat Santore & Company, interviewed restaurateur and partner of the Salt Creek Grill restaurants, Steve Bidgood, in the “Restaurant Rap” interview series. In the revival series, ‘How Ya Doin?’, Bidgood provides updates on how his businesses have weathered post-pandemic.

“This is my 50th year in the restaurant business, and 2020, even part of 2021, has been the most challenging in my career,” said Bidgood reflecting on the last year of the global pandemic. Like other restaurateurs, Bidgood relied primarily on take-out services and outdoor dining at his five restaurants, confessing that it was a challenge to withstand. “Last year was the most trying time also for my company,” said Bidgood. The New Jersey native co-owns Salt Creek Grille restaurants in Princeton and Rumson, New Jersey, and three locations in California: Dana Point, El Segundo, and Valencia. “California and New Jersey were two of the toughest states to do business,” said Bidgood. Now that restrictions have loosened for those vaccinated from Covid-19, restaurateurs combat new struggles such as purchasing equipment, enlisting employees, and obtaining produce, meats, and other products. “It’s an amazing time that we are living through,” said Bidgood.

Although the lack of staff has become a significant roadblock for restaurant owners as businesses reopen to full capacity, Bidgood is thankful that customers are returning. “We have a lot of loyal guests. It’s been great because they might have canceled [their engagements] in 2020, but they have rebooked in 2021,” said Bidgood, referring to the event spaces at each of his venues. “You can’t [reserve] a Friday, Saturday, or Sunday [at the Rumson venue for parties] until September. That’s how busy it is!” The entrepreneur also revealed his plans to add a sushi bar to the Rumson, New Jersey eatery, similar to the one featured in the Princeton location.

Bidgood had some time to consider these additions, admitting that he furloughed himself during the shutdowns. “To be honest with you, we furloughed every employee, including myself and my partners,” said Bidgood. “I really don’t think we would’ve survived [otherwise].” He also credited the success of his restaurants to the landlords at each of his locations.  “We’ve been around for a while, so they all worked with us. That helped us quite a bit,” said Bidgood.

In addition to the Paycheck Protection Program Loans that Bidgood received to alleviate the financial hardships on his businesses, he also applied for the Restaurant Revitalization Fund for further assistance. “We have applied for it; we really haven’t heard of anything,” said Bidgood. But they’re going to have to give more.” The program provides restaurants with funding equal to their pandemic-related revenue loss of up to $10 million per business and no more than $5 million per physical location. “I don’t want to see it start to happen again and the Governor starts shutting everything down again,” said Bidgood. “That’s one of my biggest concerns.”

Hoping for continuous busy weekends like his restaurants experienced over Memorial Day Weekend, Bidgood says finding staff remains his primary conflict. “The labor market of getting people to be able to do it, and be able to work, and want to work. That has been my biggest challenge,” said Bidgood. On the flip side, Bidgood praised his employees that endured by his side, despite the stressful year. “The growth of the staff that I have and the people that have stuck with me and with the company – there’s some dedication,” said Bidgood.