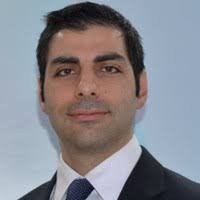 ALLENHURST, NJ:  Memorial Day Weekend was a vastly different experience last year for Jersey Shore restaurateurs who usually expected packed crowds for the unofficial start of summer. With capacity limits and tight restrictions on indoor and outdoor dining since the government-mandated shutdowns last March, bars and restaurants usually busiest time of year was deserted.  But when New Jersey Governor Phil Murphy announced that restrictions on restaurant dining would be lifted on Friday, May 28th – just in time for the commencement of Memorial Day Weekend – restaurateurs grew hopeful for a better turnaround this holiday season.

Following the shutdowns, Richard Santore, Vice President of Bielat Santore & Company, interviewed owner and operator of Charley’s Ocean Grill, Long Branch and Blue Swan Diner, Oakhurst, New Jersey, Mario Magriplis for the “Restaurant Rap” series to check in on how his businesses were enduring during the closures. In the new revival series, ‘How Ya Doin?’, Magriplis provides updates more than one year since the shutdowns.

“We’re still in the game!”, said Magriplis referring to the grueling year the global pandemic wreaked on his businesses. “That was our first goal which we achieved.” In the interview, conducted before the governor’s announcement to relieve the state-wide restrictions, Magriplis was confident that changes were “on the horizon.” “I’m seeing more and more people come out; things are getting better, so we’re definitely a little more confident and positive,” said Magriplis. “I think we’re in a better position than we were a year ago.” Twelve months ago, New Jersey restaurants could only operate at 25 percent capacity, with take-out and curbside delivery as their primary service option. Restaurants were also required to frequently sanitize, keep a six-foot distance between tables, and require all employees and customers to wear masks. To ensure the safety of customers and staff, Magriplis went a step further at both of his businesses by organizing fumigation surfaces regularly, installing HEPA filters, as well as UV lighting to purify the air. “It wasn’t required from us, but we didn’t feel comfortable going forward if customers and our staff didn’t feel comfortable in our establishment,” explained Magriplis. And although these restrictions are rescinded, Magriplis still intends to maintain some of the same precautions recognizing his customer’s and staff’s safety as his top priority. “We’re fortunate to have good customers that are supportive no matter what our decisions or our policies are, and that’s what’s important. That’s what makes a village,” said Magriplis.

With two restaurants to fare, Magriplis applied for several loans to alleviate the financial burden – including the Restaurant Revitalization Fund, which had already depleted its funds by the time he applied. “We’re still figuring it out. Profitability isn’t there,” said Magriplis. “We’re just looking to keep it going. It’s definitely needed.” But Magriplis admits that his most immense upheaval at the beginning of the pandemic was maintaining employment and the safety of his staff, which is still his main concern today. “My biggest challenge now is finding new staff,” said Magriplis. Staff shortages have been the struggle that echoed throughout the restaurant industry since restaurateurs welcomed customers back into their dining rooms; however, Magriplis disagrees with other’s claims that unemployment is to blame. “It really saddens me to hear that other operators and owners blame unemployment. It’s a combination of things,” said Magriplis. While he does believe that the steady flow of unemployment has attributed to the difficulty in finding staff, he feels those who think people don’t want to work are “missing the point.” “Maybe we’re reaching a point where service is a luxury. To have a menu with 40 different options, maybe that’s a luxury,” said Magriplis. “It’s not just about the money anymore. It’s about finding a nice workplace, getting along with people, getting along with your coworkers, getting along with your customers, and having a quality of life that fits your lifestyle and your mentality, and your mindset.”

Despite the hardships the restaurant industry has faced during the last year, Magriplis is grateful for the experience. “[The pandemic] made me stronger, more resilient, more patient,” said Magriplis. For my businesses, it helped us establish a good foundation in terms of our teams at both places. I’m confident for our future.”