Are Celebrities Good Publicity for Restaurants? 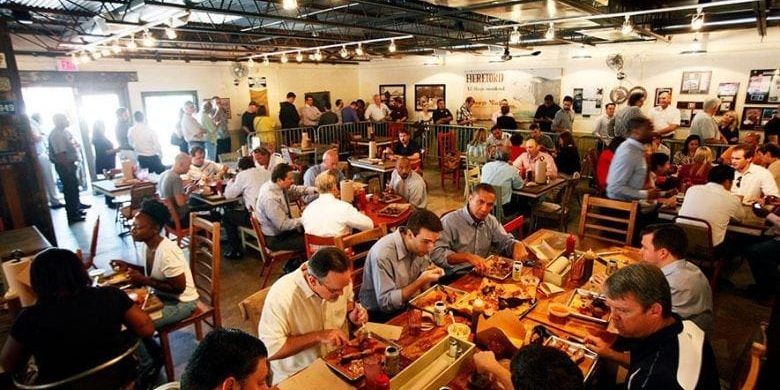 For restaurateurs, having a celebrity dine at their restaurant definitely couldn’t hurt.

New Jersey is the birthplace of some of the most notable talent around. It’s where Long Branch, native, Bruce Springsteen established himself as “The Boss” becoming our hero of the Garden State. It’s where Whitney Houston sang her heart out at a Newark church before rising to fame as an iconic powerhouse in the music industry. Where Academy Award winner and our favorite fictional Italian mob boss, Joe Pesci has called home even after his impressive list of acting credits spanning over five decades. Although we are familiar with their Jersey roots, we still get star struck when we spot a celebrity in town.

Most recently, Sir Paul McCartney was spotted while shopping on Main Street in Metuchen, and fans didn’t waste any time uploading videos on social media of Harry Styles perusing through a Bear, Delaware Wawa, about five miles from the Jersey border, in between his busy schedule. While it’s exciting to see a public figure, who you usually only see on TV, fancy some of your favorite spots in town, we have to wonder, do celebrity sightings boost business?

For restauranteurs, having a celebrity dine at their restaurant definitely couldn’t hurt. According to Modern Restaurant Management, celebrity marketing can be more about catching attention, even if it’s just temporary. This past fall, Sylvester Stallone drew attention to The Grand Café in Morristown when he stopped there for lunch unannounced, snapping photos with guests and staff. In turn, the eatery’s owners were able to share a photo of the surprise encounter on their Facebook page enlisting hundreds of likes and comments. Chef Gordan Ramsay, British celebrity Chef made famous for his several Food Network shows and harsh criticism, has made New Jersey his focus the past few months while filming at several restaurants in Monmouth and Ocean County for his new show, “Gordon Ramsay’s 24 Hours to Hell and Back.” The premise of the show is to remodel restaurants in need of a makeover within a 24-hour timeframe. The show has helped these restaurants gain their intended local media coverage proving that the celebrity sighting can be a powerful marketing tool.

Having a celebrity’s face associated with a restaurant really can help the business in various ways. According to Small Business, the testimonial of a local celebrity adds instant credibility. Just seeing a celebrity dining at a restaurant enhances consumer awareness and may drive more people through the door when they see that someone they admire dines there. Last year, Rolling Stones front man, Mick Jagger was seen dining at the Tick-Tock Diner in East Rutherford hours before playing a show at nearby Metlife Stadium. The diner has made headlines in recent years as it has continued to gain popularity serving celebrities such as Governor Chris Christie, Governor Andrew Cuomo, and comedians Jerry Seinfeld and Artie Lange.

While it obviously could be a big boost for a restaurant to have any of these celebrities dine at the business, it is also important to maintain other marketing efforts and not rely on celebrity influence to drive people in the door. Just because pop star Justin Bieber (another NJ native!) ate at your restaurant, doesn’t mean you will have guaranteed success. As Forbes stressed in a recent article, if you have a good product, nothing else matters.