Another Decade of Speakeasies 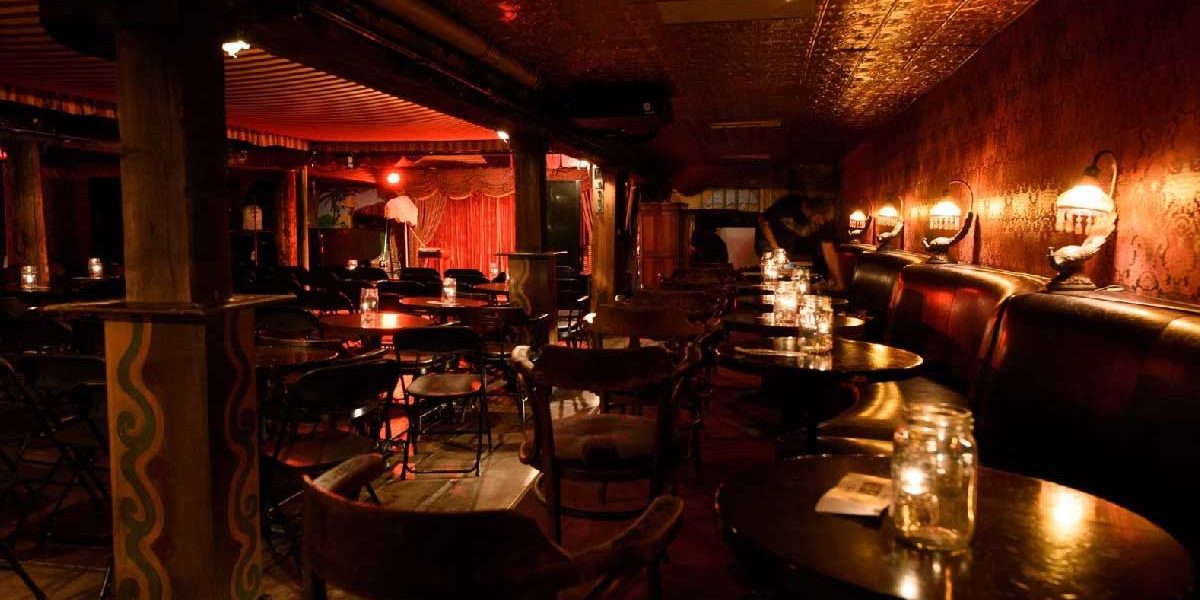 How does a speakeasy thrive in the not-so-secret digital age? Read on to find out.

Ask your grandparents if they’ve ever been to a speakeasy and I’m sure they will have lots of stories from the Prohibition era to share. They were the underground secret establishments that only few knew the password to enter, which may have made them even more appealing, despite being one of the only ways to kick back during a country-wide ban on alcohol. While the ban has since been lifted since the 1920s, the concept of speakeasies has gained popularity once again, popping up in various cities, while still trying to keep under the radar. How does a speakeasy thrive in the not-so-secret digital age? Read on to find out.

As Thrillest.com puts it, nothing is secret on the Internet for long. People have a tendency to turn to social media immediately when getting wind of a new bar or restaurant. Within minutes of walking into a bar, customers are sharing their location online, tagging their friends and even giving their recommendations on the best cocktail to order. So the historical concept of keeping a bar hush-hush by providing a secret password at the door upon entry was not going to work so much with the blabbermouths of our youth.

In a time before Facebook and Instagram consumed people’s downtime, people spent their evenings socializing at the local saloon, before Prohibition took effect on January 17, 1920, ordering thousands of saloons across the country catering only to men to shut down, according to TheMobMuseum.org. As a result, the only way people could get their hands on alcohol was to buy liquor from licensed druggists for “medicinal” purposes, clergymen for “religious” reasons or illegal sellers known as bootleggers. The other option, however, was to enter private, unlicensed barrooms, nicknamed “speakeasies” for how quiet you had to speak the “password” to gain entry so as not to be overheard by law enforcement.

In 1933 came the end of the underground speakeasies and the beginning of licensed barrooms. And in 1993, a Japanese bar in New York City’s East Village, Angel’s Share, rebirthed the speakeasy. While alcohol was very much legal, the bar carried the nostalgia of the Prohibition era by maintaining their privacy in a time where there was no smartphone’s or social media platforms to blow its cover. Customers simply discovered the hangout by word of mouth or stumbling upon it.

Today, bars rely on social media to get the word out since many people will turn to customer reviews or preview the bar’s website and social media channels before making the trip. Instead of trying to hide from being exposed on visitor’s newsfeeds, speakeasy owners began to capitalize on it. Thrillest.com points out that indirect marketing, such as customers posting photos of their drinks or with friends at the venue, allows bars to gain attention without promoting themselves directly and defeating the whole purpose of the secret bar. Many bars are cultivating their entire menu and décor with the purpose of being Instagram-friendly to encourage business as well.

While the concept of speakeasies has shifted a bit since its inception in the 1920s, customers are very much attracted to the “secret” atmosphere they emulate. Something about a hidden location tucked in the back of a restaurant or basement room is compelling for guests looking for a different place to hang out. So go ahead and share your location on Instagram, speakeasy owners encourage it.